10 Ways to Strengthen Your Network Security and Protect Your Business 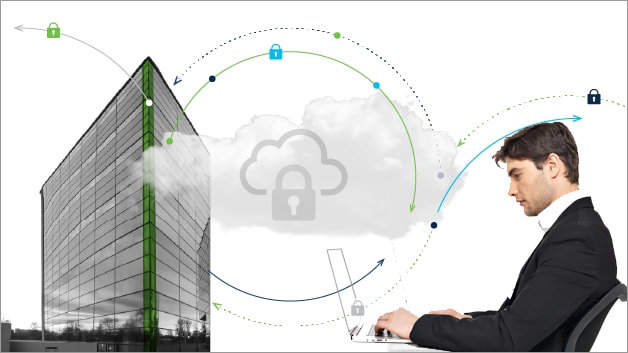 In 2021, cyber criminals conducted a massive wave of cyber attacks that were highly coordinated, and far more advanced than ever seen before.

Simple endpoint attacks have transformed into complex, multi-stage operations. Small businesses are now in the cross hairs more than ever because they are seen as more vulnerable than corporations. Criminals can now attack single industries with template-based attacks because many companies use the same software that has been tailored to the industry. A successful attack on one of these businesses makes it easier than ever to scale across the entire Industry.

Fortunately there are several steps that you can take to protect your company.

A network security strategy can get very complex quickly, so we’ve boiled things down to the 10 most important steps you can take to make sure you’re protected.

By mandating MFA for business accounts, administrators, in essence, demand a key that hackers find impossible to duplicate. In addition, encouraging employees to use MFA for any personal accounts that may sometimes interact with your network further increases security.

Define and Monitor User Rights to Files and Systems

Too many restrictions hamper operations and make the IT department unpopular. However, too few restrictions make the organization a soft target.

The lynchpin of network security is authenticating and authorizing who can access your company’s data. Controlling access guarantees that users are who they say they are and that they have the appropriate access level to company data.

Your network access must be dynamic to respond to ever-changing risk factors and support cloud-based assets and applications.

Network security protocols are primarily designed to prevent any unauthorized user, application, service or device from accessing network data. This applies to virtually all data types regardless of the network medium used.

Network security protocols generally implement cryptography and encryption techniques to secure the data so that it can only be decrypted with a special algorithm, logical key, mathematical formula and/or a combination of all of them. Some of the popular network security protocols include Secure File Transfer Protocol (SFTP), Secure Hypertext Transfer Protocol (HTTPS) and Secure Socket Layer (SSL).

Use Network Segmentation to Manage Malware and Ransomware Risks.

Segmentation is the division of an organization’s network into smaller and more manageable zones whichconsist of IP ranges, subnets, or security groups designed typically to boost performance and security. In the event of a cyberattack, effective network segmentation will confine the attack to a specific network zone and contain its impact by blocking lateral movement across the network via logical isolation through access controls.

Designating zones allows organizations to consistently track the location of sensitive data and assess the relevance of an access request based on the nature of that data. Designating where sensitive data reside permits network and security operations to assign resources for more aggressive patch management and proactive system hardening.

Beyond designating zones for greater scrutiny over access, segmentation provides a logical way to isolate an active attack before it spreads across the network. The designation of zones and allowable services between them provides a manageable way to identify and mitigate vulnerable access paths being exploited during an attack.

Security analytics. is a combination of software, algorithms, and analytic processes that use real-time and historical data to detect and diagnose threats.

The main elements of a security analytics solution are summarized below.

• Abnormal behavior of end-users or applications often indicates a security breach or attack.
• Network analysis and visibility (NAV). A NAV application or device analyzes traffic from end users and applications as it flows across the network.

Forensics
Security data analytics solutions provide tools to investigate past or ongoing attacks, determine how the IT systems were compromised, and identify remaining vulnerabilities. This can help to ensure that similar incidents don’t occur in the future. Forensics tools provide triage for a current threat, as well as case management to organize and summarize the evidence gathered on a suspected attack.

External threat uses intelligence feeds from third-party sources such as Homeland Security, FBI, industry trade groups or other US and International government agencies to add context to the analytical process.

These three components help a security analytics application detect and prevent complex cyberattacks, including advanced persistent threats (APT). APTs are conducted in stages, each of which might seem innocuous, but that together can create a breach. APTs are often called blended attacks, as they use multiple tactics. An APT may start with an email containing a malicious attachment or link. Once an endpoint is infected, the attacker can gain access to other systems.

Allowing employees and strategic partners to access your network externally opens you up to attacks through these connections. Placing your servers in a demilitarized zone (DMZ), segregating them by firewalls, restricting traffic in both directions from the DMZ as well as using additional controls such as web application firewalls, data leak prevention and intrusion detection are important steps to mitigating threats.

To properly protect your network, you need to know who and what has access to your network, and where all sensitive information is located. To better control access, start by limiting the devices that are on the same subnet to only those required for key business needs.

If you use Remote Desktop Protocol (RDP) to access servers and workstations, reconsider that policy as well. Ransomware attackers use collected usernames and passwords from breached credential sites to attack networks. Once the harvested credentials are used to gain access to the network over RDP, attackers will move laterally inside the network. They often lay low and take no action for a few days or weeks to ensure that they have full access to the network. They then launch the ransomware attack. If you must have access for certain processes, ensure that only trusted sources have access to the ports you make available for access.

Security information and event management (SIEM) software gives enterprise security professionals both insight into and a track record of the activities within their IT environment. SIEM technology has been in existence for more than a decade, initially evolving from the log management discipline. It combined security event management (SEM) – which analyzes log and event data in real time to provide threat monitoring, event correlation and incident response – with security information management (SIM) which collects, analyzes and reports on log data.

The best way to truly know if your network is safe is to test it. Running internal and external vulnerability scans are critical for ensuring that both sides of the perimeter of your network isn’t vulnerable.

An external vulnerability scan, conducted outside of the network, targets external IP addresses throughout your network, scanning perimeter defenses like websites, web applications, and network firewalls for weaknesses. These scans show gaps in the network that cyber-attackers can use to breach your network. The report will also provide recommendations on next steps to protect your hardware and software from being compromised.

An Internal vulnerability scan takes place inside an organization’s perimeter defenses to detect vulnerabilities that internal attackers, such as hackers or bitter employees can exploit in the internal network. Includes computers, servers, VoIP phones, printers, and scanners. Again, the report will list steps you can take to close the gaps in security.

Phishing attacks are amongst some of the most successful hacker tricks. They succeed because criminals can create authentic-looking fraudulent emails. Many fake emails purport to come from trusted sources, such as government agencies, well-known companies, or the target’s boss. Phishing emails masquerading as vital communications capitalize on people’s natural inclination to access and respond to important messages.

Training staff to identify inauthentic emails is a key part of preventing phishing scams. Also, encouraging staff to avoid opening emails from unknown sources and steer clear of spam gives your organization the edge on hackers.

As phishing scams demonstrate, many hacker strategies take advantage of human inclinations. For example, people naturally rush to open important emails, such as urgent-sounding communications from their bosses. Making employees aware of how hackers trick people through a security awareness training course dramatically ups the odds of employees recognizing the signs of a scam and resisting hacker deceit. Cybersecurity-aware, vigilant employees understand how to resist malicious links, phishing emails, and other online criminal traps.

To ensure a rapid and effective response, codify your organization’s ransomware counterattack in a disaster recovery plan (DRP). If a breach occurs, reactions should be automatic and according to the DRP. An effective DRP contains the following directives:

Hacking has become an endemic that organizations must defend against constantly. As long as hacking innovations find fresh vulnerabilities, cybercriminals will have a substantial financial incentive to commit ransomware crimes. At present, following cybersecurity best practices and maintaining up-to-date backups are the most effective measures for preventing and recovering from ransomware attacks. Unwavering cybersecurity vigilance is the only way to keep hackers at bay.

Take the Next Step

If you have questions or concerns about your company’s vulnerability to a possible ransomware attack, please contact us. We’re here to help. You can also download our Ransomware Prevention Checklist blow.